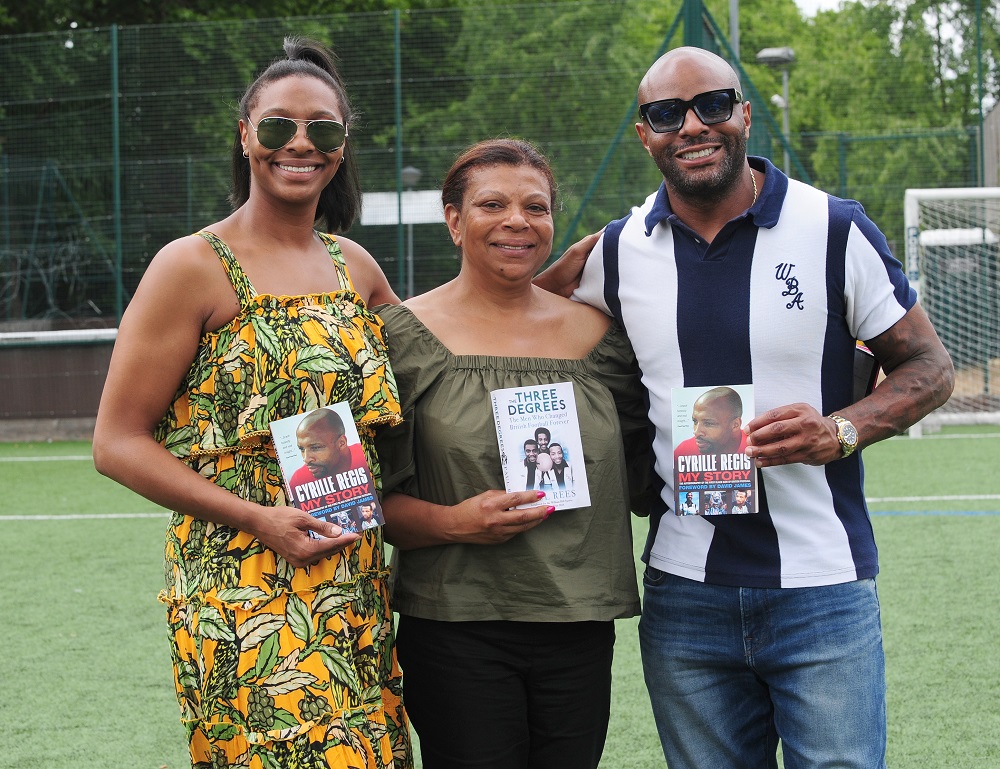 Cyrille Regis – His Legacy Lives on

As part of the Jason Roberts Foundation’s (JRF) Inspire to Achieve (I2A) Heritage Project funded by the National Lottery Heritage Fund, the Cyrille Regis Legacy Cup and Fun day was held at Bridgestone Arena, in the heart of the Stonebridge Estate on the day of the UEFA Women’s Euros 2022 Final.

A big turnout from the local community were treated to an appearance from special guests Robert and Michelle, son and daughter of the late Brent hero and footballing icon, Cyrille Regis, MBE.

The trip to Stonebridge brought back fond memories for Robert and Michelle as their time as children was split between homes in Birmingham where their father played for West Bromwich Albion, and Stonebridge in Brent.

Robert recalled he doesn’t remember the number of the flat they lived in as their door was “always open” and their home “was always full of people”. He remembered how he envied his cousin Jason (Roberts) as he had one grandparent living upstairs and another grandparent living downstairs and that seemed “unreal” to him, and the “honour (he) felt walking with my cousins to Rockies Chip Shop”.

Michelle said Stonebridge was where they got their grounding as children. They were taught to say, ‘good morning, good afternoon, or good evening’ – “never just hello” and how their father would be there waiting for them, with his cap on at a tilt on his head and his bent arms and chin resting on the balcony ledge. They both agreed they had “the best times” and loved returning to Stonebridge as there was such a feeling of community and everyone seemed to know each other.

The Foundation’s I2A Heritage project was inspired by the sporting legacies left by the Footballers who Paved the Way in the borough of Brent, and Cyrille Regis ”became the talisman for breaking through the bigotry of a different era and encouraging diversity during his seven-year spell between 1977-1984.” Ref: https://www.wba.co.uk/news/2020/april/legend-days-cyrille-regis

Thanks to National Lottery players, local people attending the event enjoyed a host of activities including football matches, face painting for the children, interviews, and heritage awareness of the iconic footballers from the past that grace the borough and performed on the international stage.

Also in attendance was the Mayor of the London Borough of Brent, Councillor Abdi Aden and WBA Photographer Laurie Rampling who first snapped Robert aged 2 and he was reunited with the son of his great friend  Cyrille.