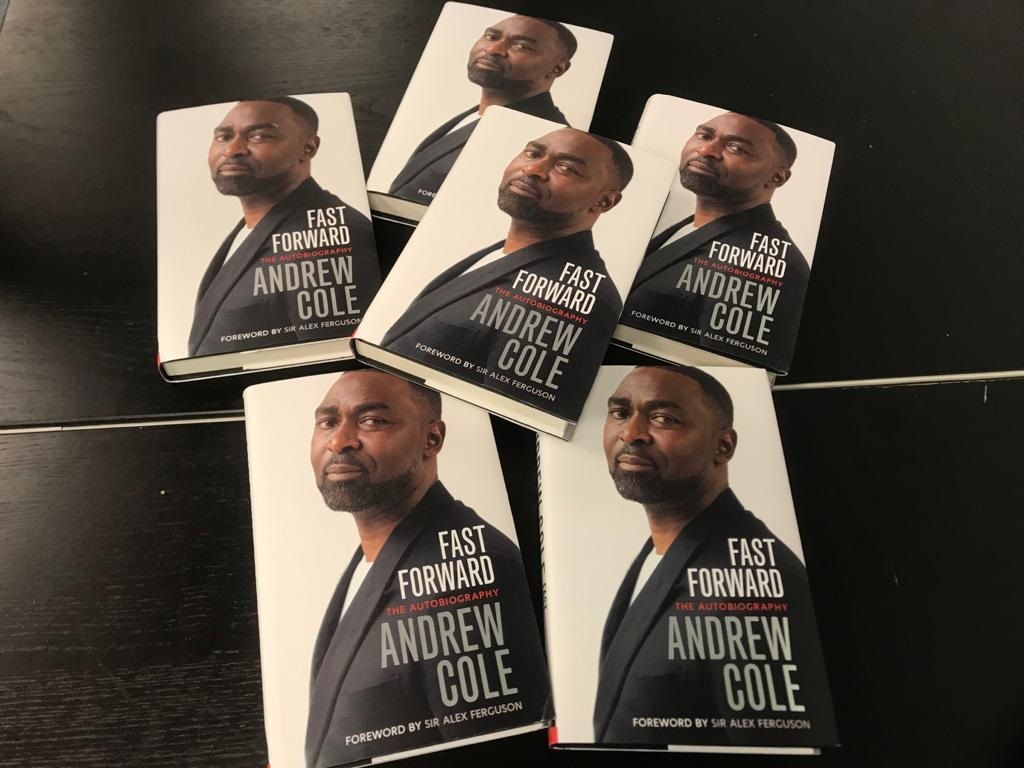 On Wednesday night JRF hosted an audience with former professional footballer Andrew Cole, to talk about his autobiography – Fast Forward: The hard road to football success.

The exciting initiative welcomed the Manchester Utd legend to talk with a special audience, including founder of the Foundation and fellow former professional footballer, Jason Roberts, about his career highs, and some of the challenges he has faced during his life.

A true community man and inspiration, Andrew has been an influential supporter of JRF for more than a decade. In 2010 he launched the Floodlights Programme in Grenada, he frequently visits JRF youth programmes and schools in Brent, and he helped to raise funds for the Foundation in December 2019 when he agreed to be the focus of a special tribute evening.

The select audience at the evenings’ event which was held via Zoom, was made up of Councillors from Brent, JRF Youth Ambassadors and Trustees, as well as some football devotees. They were rewarded by hearing insights into the prolific goal scorer’s career and life, and had the opportunity to ask their own questions.

Cole spent six years with Manchester Utd and won eight major trophies, including the Treble of the Premier League, FA Cup, and UEFA Champions League in 1999, and was capped 15 times for the England National Team.

A synopsis by Waterstones of his autobiography: Fast Forward states; “Much misunderstood, the powerhouse striker sets the record straight about a successful yet complex career.”

The book, which is published by Hodder & Stoughton and features a Foreword written by Sir Alex Ferguson is described as “a thought-provoking and gripping autobiography about Andrew Cole’s determination to succeed against all the odds.”