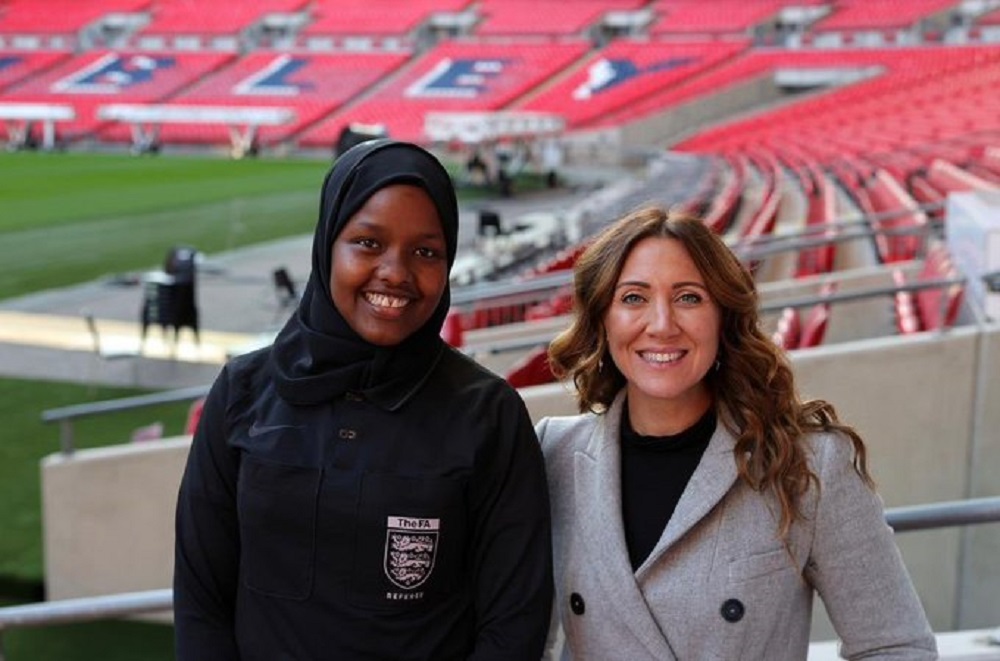 The JRF Team were overjoyed to hear that their very own Trustee Jo Tongue, and resident coach of girl’s football Jawahir Roble – affectionately known as JJ at the Foundation, have both been recognised in the New Year Honours list 2023.

Trustee Jo Tongue, and director of Women in Football, has received an MBE in recognition of her services to football and gender equality. Jo is the CEO of Tongue-Tied Management, a Sports Agency specialising in Talent Management and Production. With nearly 20 years in the Industry Jo has experience across the board in sport, media, and commercial opportunities. Starting out at the BBC as a sports reporter she moved into online, radio and TV before joining independent agency Somethin’ Else and editing the flagship football show 606 for 10 years. An FA registered agent she is passionate about securing fair contracts for all clients be they male or female. Jo is also a Trustee for the Michael Carrick Foundation.

Jawahir ‘JJ’ Roble, who grew up in war-torn Mogadishu, Somalia and is the first Muslim woman to referee in the UK, has been given an MBE for her services to football and in recognition of the volunteer work she does with the charity Football Beyond Borders. JJ has worked with the Foundation for a few years, coaching and refereeing predominantly women’s and girls’ football, and has inspired some of JRF’s female participants and youth volunteers to follow in her footsteps.

JRF is a sport for development charity delivering a programme of wrap-around support – mentoring, life skills, education, and training, within our multi-sports activities providing opportunities and promoting exercise and team games to young people, including those at risk, and those with physical and learning disabilities. There is also a focus on health and wellbeing family interventions, and intergenerational community projects and events. We collaborate with local voluntary, public, and private sector organisations, and funding bodies to achieve our objective of ‘community first’.