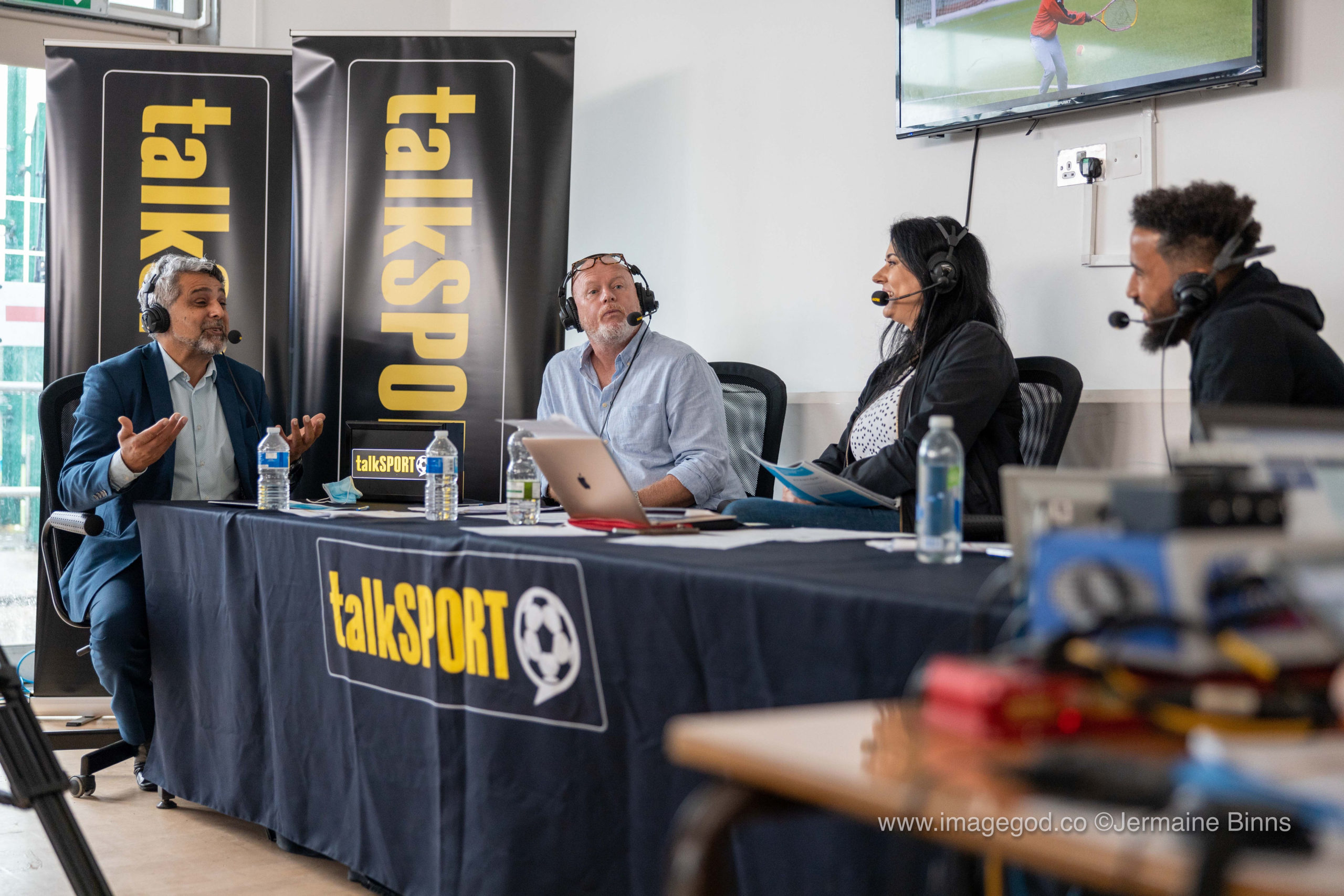 As England were preparing to host Scotland at Wembley Stadium for the Euros, just a stone’s throw away, the JRF were preparing for a big event themselves. The Foundation were delighted to welcome the mighty talkSPORT to the Bridgestone Arena, for a sporting community showcase that demonstrated the power of sport and how it can harness community spirit.

Natalie Sawyer, Perry Groves and Andros Townsend hosted the Outside Broadcast for talkSPORT as they prepared for the evenings big game between England and Scotland. The event was generously supported by several key organisations including Eversleigh, Ackroyd Lowrie, Londonewcastle, Higgins Partnership, Avanton, and Brent Council.

A host of developers, housing providers, and sports delivery partners including Brent Bulls, Jacksonville Jaguars, the Golf Trust, and Teqball came face to face with the local community, and all contributed to an extremely successful afternoon of sport including teqball, golf, tennis, and basketball.

Former Scotland International, Gordon Strachan was also in attendance and learnt more about some of the diverse activities the JRF offer the local community, including flower arranging. Although with the broadcasting schedule there wasn’t an opportunity for him or the rest of the talkSPORT panel to participate in a football exhibition, in which local partners demonstrated their footballing prowess.

Otis Roberts, CEO of the Jason Roberts Foundation said. ‘It’s been an honour to welcome talkSPORT and so many community partners to Bridgestone today. Community work and the impact it can have is incredibly powerful and I am delighted that we have been able to showcase that to such good effect. This has been a perfect way to build up for tonight’s game and I hope people have enjoyed it, as much as me and the rest of the JRF team have.’

The event which ran from 1 until 4pm, was not going to be spoiled by the typically unpredictable British weather and children from Jason Robert’s former school, Our Lady of Lourdes, as well as some other local young people, were invited to try different sports, including golf, teqball, and American Football.

The JRF Team extend their gratitude to the host of partners, supporters, and community members who helped to ensure the talkSPORT panel and guests received a warm welcome, and for making the event so successful.

To keep up to date on all Jason Roberts Foundation events and activities, please follow the foundations social media channels which can be found @jasonrobertsfdn