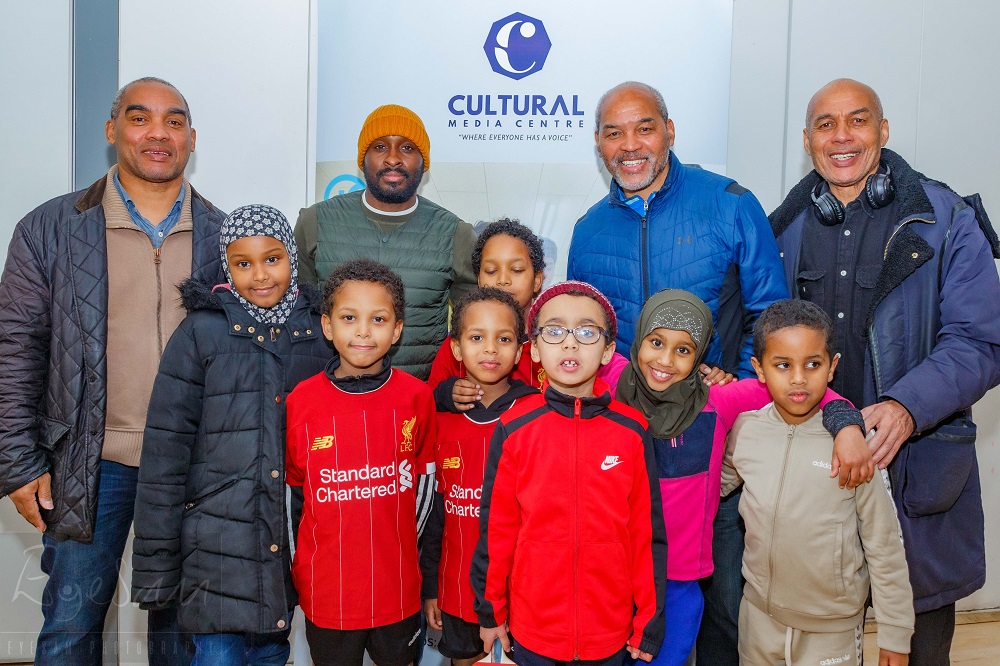 On Wednesday 15th December, the JRF Team hosted the first Memory Café Event as part of the Inspire to Achieve Heritage Project funded by the National Lottery Heritage Fund.

The Stein brothers – Brian, Edwin, and Mark – shared their truly inspiring story of the journey they travelled from their home in Cape Town to Brent and their individual careers as professional footballers.

The event at Bridgestone Arena which was also broadcast online via Zoom was launched with an opening ceremony including a dance performance from Shaq, who delivers dance training sessions for the Foundation, and a group of local youngsters, to a backdrop of the England and South African flags being waved.

Thanks to National Lottery players, the exciting new project will uncover the untold stories of 18 footballers from Brent who paved the way for future sportspeople, and will produce exhibitions, talks, and memory cafes during the term of the project, and beyond.

Young people from Brent will benefit from the Inspire to Achieve project by honing their media, presenting, and production skills and will have the opportunity to meet and interview the former players as part of the collation of their oral histories.

Some of the subjects the brothers discussed included living in Brent, school days, dealing with racism, and ending their footballing careers.

Bite size Vodcasts with highlights from the evening can be accessed via the new CMC website here https://cmc.jasonrobertsfoundation.com/heritage