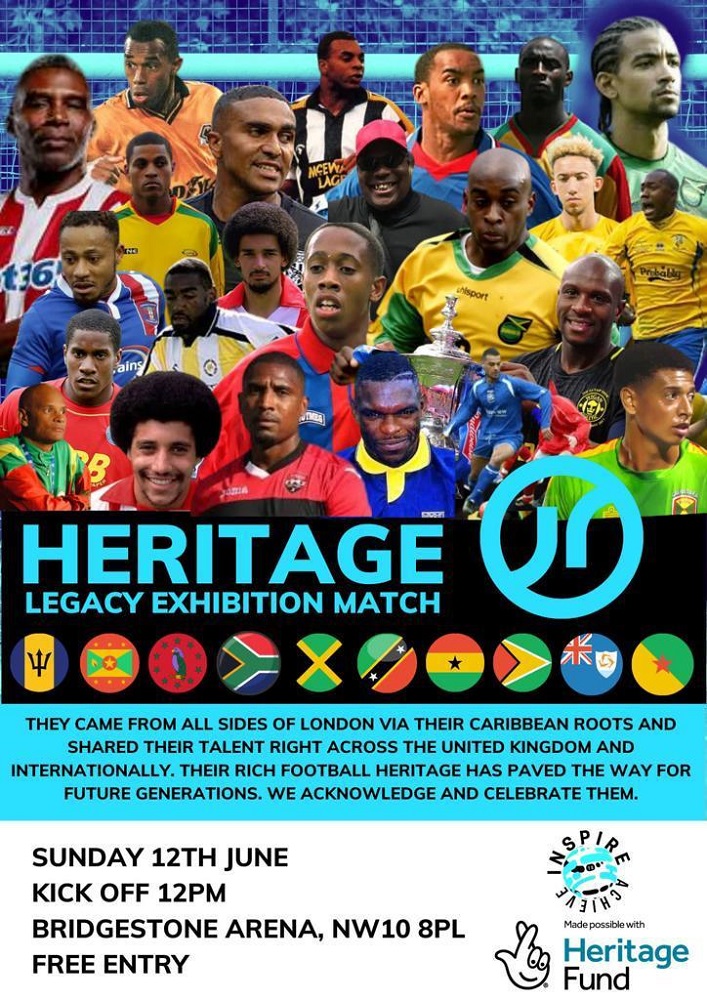 Sunday the 12th of June saw several ex-professional and current footballers descend on the Bridgestone Arena turf to celebrate the achievements of former players that went before as part of the JRF’s Inspire to Achieve project funded by the National Lottery Heritage Fund, thanks to National Lottery players.

The 200 strong crowd were treated to a Festival of Sports with a host of special appearances including a team from East London which consisted of some well-known names including Henry Hughton and former Reading legend Michael Gilkes, alongside the Stein brothers, Dominican International Richard Paquette and Jefferson Louis and another footballing family – the trio of Grenadian international players Byron, Alvin and Bradley Bubb.

The colourful event brought out authentic stories of players reconnecting with their countries of heritage, recollections of the Windrush journey the players’ parents and grandparents experienced were shared, and memories of the journeys each of the players have lived through and the collective impact they have had on the modern game were told.

The memorable afternoon culminated in a celebration of flags, music, and reunion.

Algie who organised the East London team commented; “Today was inspirational in so many ways. Coming to Brent and seeing so many youngsters enjoy the day, and of course catching up with old friends. The reunion, reminiscing on our stories, and celebrating our past was sensational.”