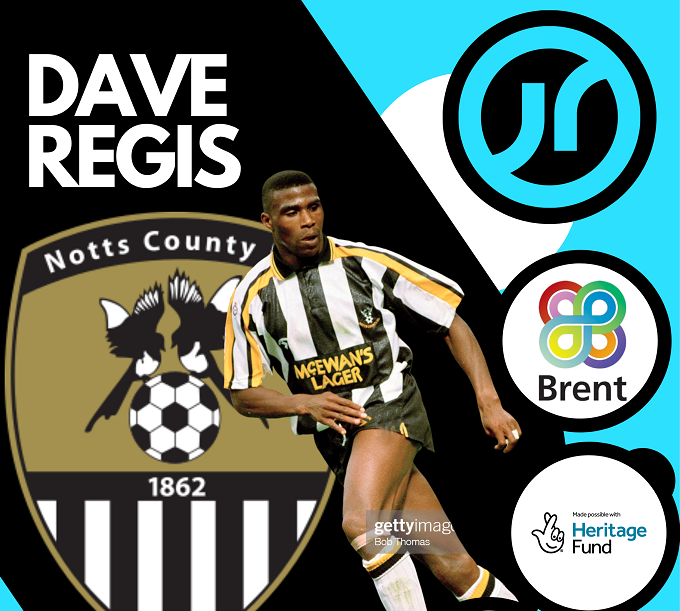 The Resilience of the Regis Brothers inspire students

On Wednesday 26th January the students at Newman Catholic College received a visit from former student and ex-professional footballer Dave Regis, as part of the Jason Roberts Foundation’s Inspire to Achieve Project funded by the National Lottery Heritage Fund.

The former striker who scored 53 goals from 237 appearances in the Football League in the 1990s, notably for Stoke City and Notts County, spoke to the students about the resilience, the challenges, and the successes of he and his late brother, Cyrille Regis, on their journey from Newman Catholic College to the different Leagues in their footballing careers.

The Regis Memory Café gave students and those accessing the Q&A session via Zoom, the opportunity to ask Dave about his time as a professional footballer, and to tell previously unheard stories of the childhood he and his brother shared growing up in Brent.

Cyrille Regis, MBE (1958 – 2018) was a professional footballer who played as a forward. His professional playing career spanned 19 years, where he made 614 league appearances and scored 158 league goals, most prolifically at West Bromwich Albion and Coventry City. He remains a footballing icon who broke through the bigotry of a different era and encouraged diversity, helping to pave the way for current and future footballers.

After his sad and untimely passing in 2018 his family set up the Cyrille Regis Legacy Trust which serves to honour and remember the life of Cyrille Regis MBE. For more information visit https://www.cyrilleregis.com/