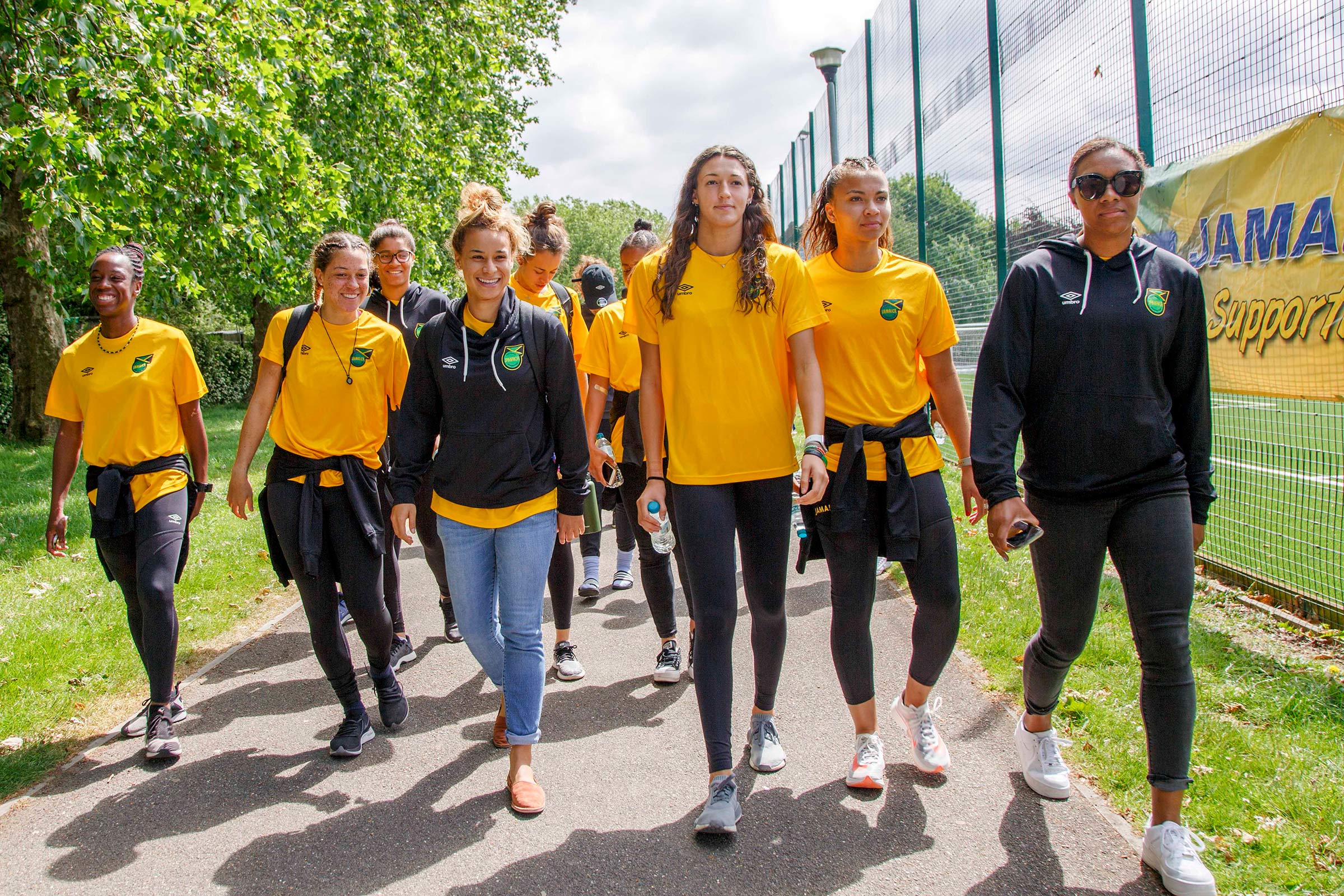 Young members of a Stonebridge sports charity were treated to a visit by the Jamaican national women’s football team ahead of their World Cup debut.

The team – nicknamed the Reggae Girlz – took part in a coaching session alongside youngsters from the Jason Roberts Foundation (JRF) at the Bridgestone Arena.

Dawn Butler MP joined councillors and community representatives to celebrate the achievements of the Caribbean team and their journey to the FIFA Women’s World Cup in France.

Jamaican coach Hue Menzies and his World Cup-bound squad shared some of their experience and imparted words of wisdom to the excited youngsters ahead of their debut in the competition on June 9 against a tough Brazilian side.

Jason Roberts Foundation was set up in 2007 to introduce children in Grenada and the UK to support young people, celebrate diversity and promote respect through sport.

The charity works with young people at risk of homelessness and committing crimes, those excluded from school or struggling in the curriculum, and young people with physical and learning difficulties.

Its values mirror The Reggae Girlz Foundation, a charity with its own mission to inspire, educate, mobilise and support young female football players in Jamaica.

Precious, a 13-year-old Jason Roberts Foundation participant, said: “I was delighted to meet the team and they inspired me by just being here and mixing with us.

“They told me to continue playing football because it helps with health and other things in life.”

Precious, who wants to become a lawyer, enjoyed the day’s activities including a match against Jason Roberts Foundation’s under-12 boys team.

Otis Roberts, Jason Roberts Foundation chief, said: “It was fantastic to welcome the Reggae Girlz and staff to the Bridgestone arena for this event .

“We were delighted to have support from the mayor of Brent, Dawn Butler MP and the community.

“The girls made a lasting impression on the young people and went to great lengths to engage with the many activities on offer.

“We at Jason Roberts Foundation would like to wish the team successful World Cup campaign.” 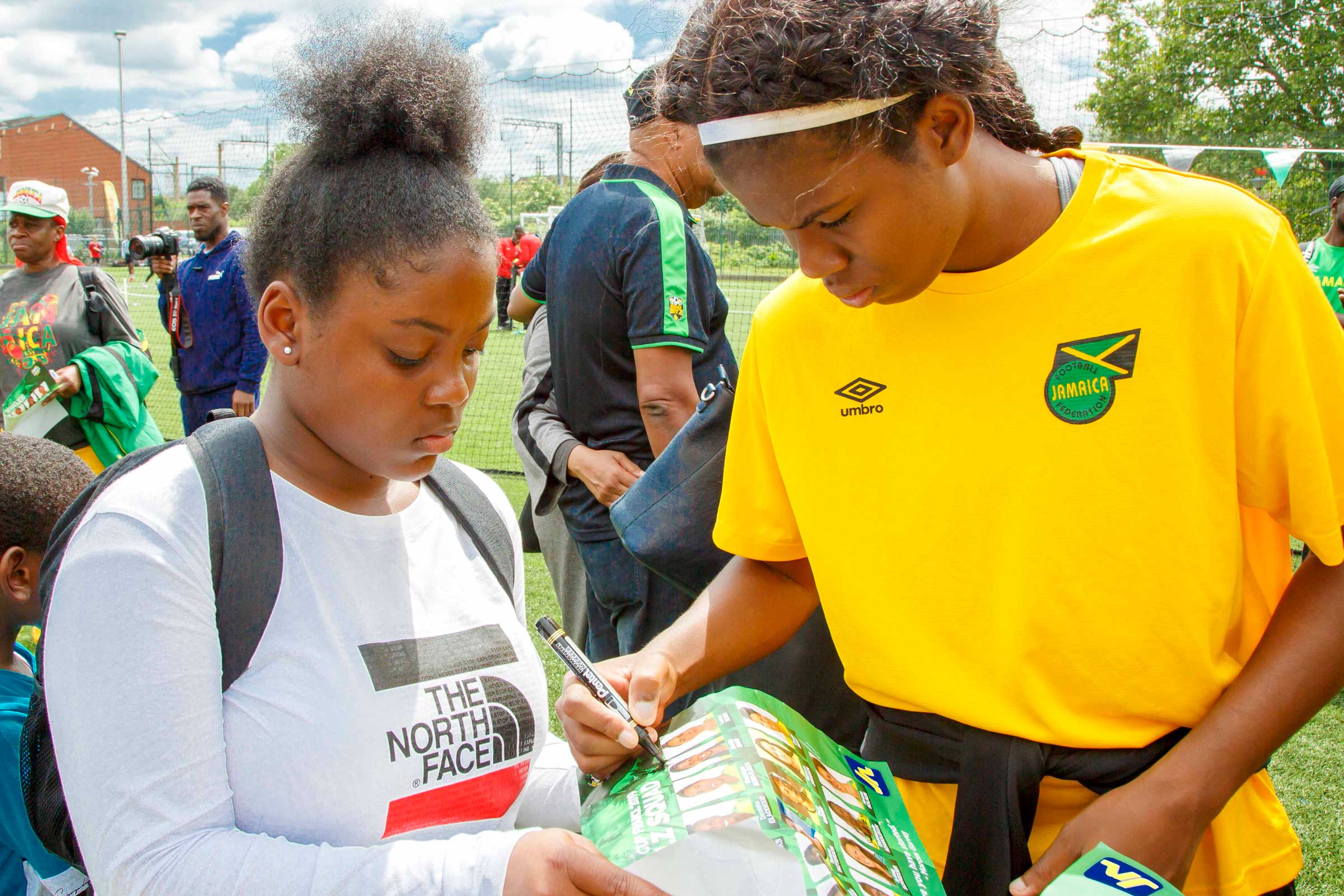 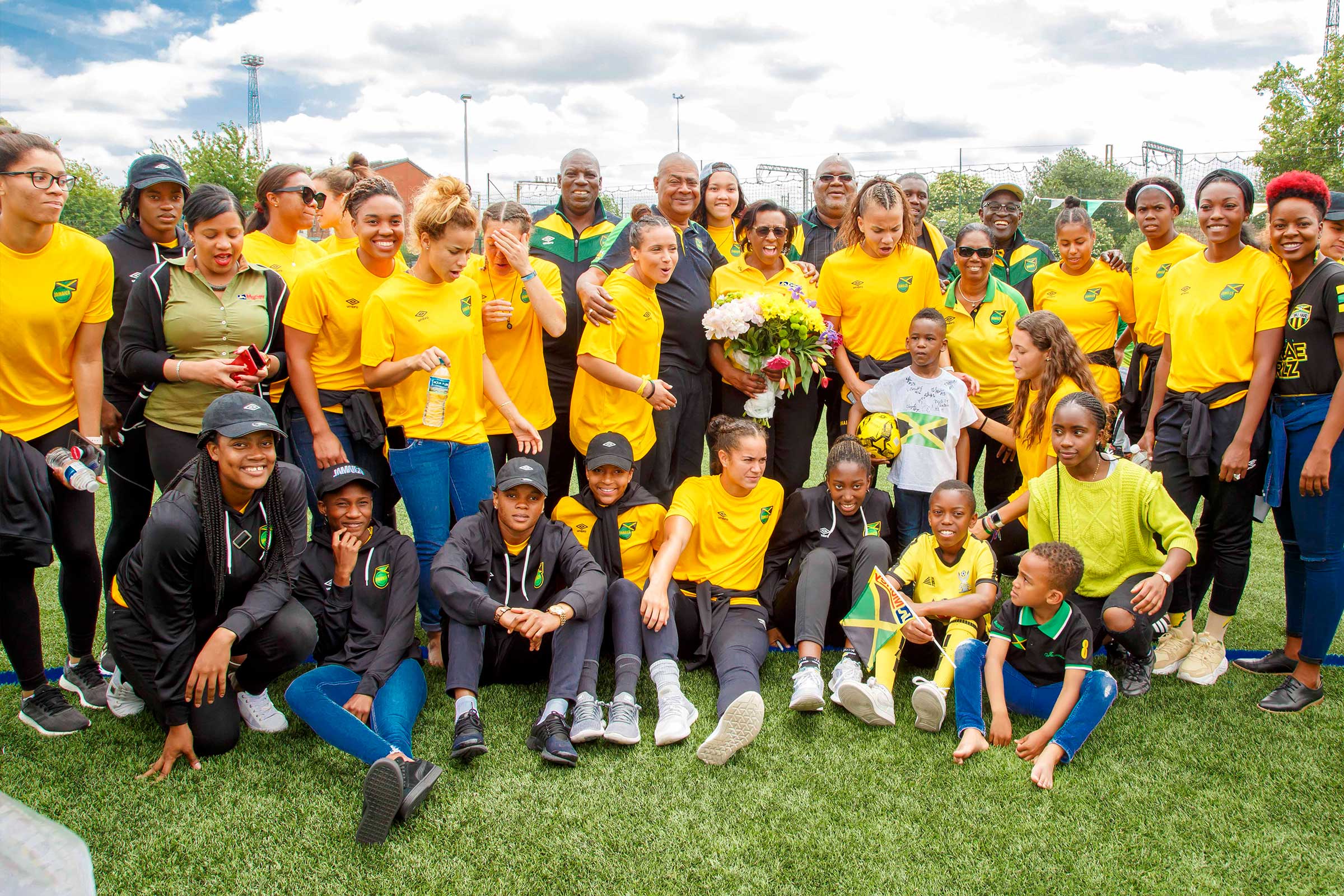